My return of Experience on the 16th of February 2018
Long story short: I have been playing around for a while now with Xamarin for Tizen TV, and this will be great for us XAML/.NET developer when:


I am not in the habit of writing negative posts and this is not one, so let me explain why we should hold off just a bit before we really start using this: 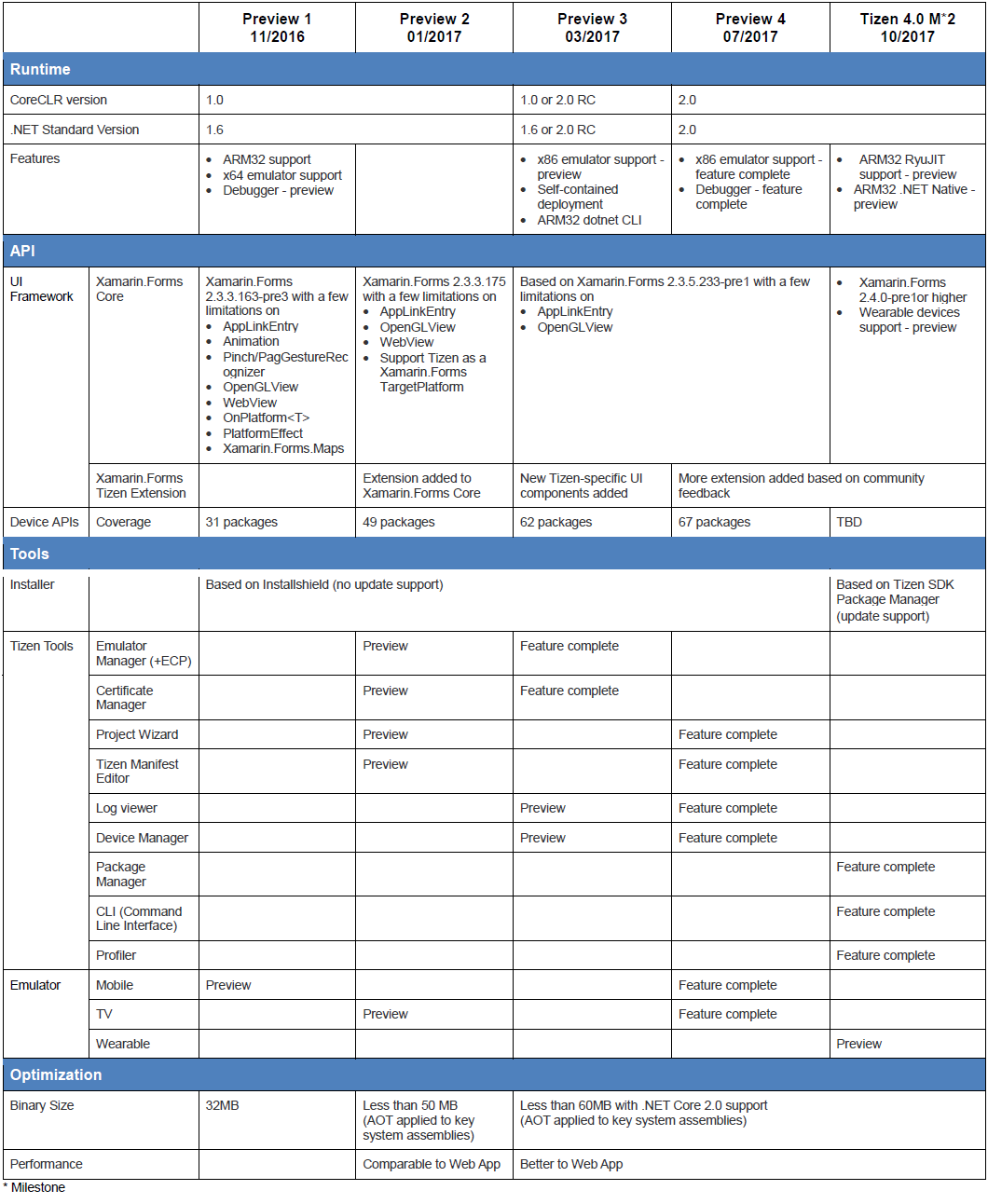 The framework is working however there as still a lot of missing pieces.  From what I am told 2018 will allow Samsung to finish developing/debug and see who is interested in using Xamarin for Tizen TV.
As you can see here:

All in all Samsung has a little way to go to finish the Tizen APIs for Xamarin and to finish polishing their code before we (developers) can start building awesome Tizen TV application =).  From what I am told the Xamarin porting team at Samsung are working at 100% to fix everything and I am sure that within a few months everything will be finished.